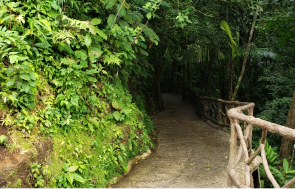 Nonumy eirmod tempor invidunt ut labore et dolore magna aliquyam erat sed diam voluptua lorem… Do you think you’re living an ordinary life? You are so mistaken it’s difficult to even explain. The mere fact that you exist makes you extraordinary. The odds of you existing are less than winning the lottery, but here you are. Are you going to let this extraordinary opportunity pass?
Her eyebrows were a shade darker than her hair. They were thick and almost horizontal, emphasizing the depth of her eyes. She was rather handsome than beautiful. Her face was captivating by reason of a certain frankness of expression and a contradictory subtle play of features. Her manner was engaging.
The wave roared towards them with speed and violence they had not anticipated. They both turned to run but by that time it was too late. The wave crashed into their legs sweeping both of them off of their feet. They now found themselves in a washing machine of saltwater, getting tumbled and not know what was up or down. Both were scared, not knowing how this was going to end, but it was by far the best time of the trip thus far.